This section explains the principle of cooling, the laws of heat transfer, and the three states of matter.

It is necessary to warm and cool air in order to realize the air conditioning that is described in “1-2. What is air conditioning?”.
We warm things up and cool things down every day in our lives, so it feels like the temperature can be changed very easily, but what is the principle behind this?
The principle of cooling is explained here, which also leads to the structure of air conditioners and chillers.

There are many tools and devices around us to cool things down. For example, if you look around the house, you will see things such as handheld fans, electric fans, room air conditioners, refrigerators, and so on.
These tools and devices have something in common with respect to the fundamental principle of cooling things, even though they may have different mechanisms.
When you fan yourself in a hot room, the wind generated removes the hot air around your body and the heat from your body due to the evaporation of your sweat, making you feel cool.

You can therefore understand that cooling is equivalent to the removal of heat.
You can also feel that when liquid (sweat in this example) evaporates, heat is also removed (this is known as vaporized heat, which will be described later). This vaporization heat is also used when splashing water at dusk in summer.

The principle is easy to understand intuitively when it comes to the handheld fan and the electric fan, but the room air conditioner and refrigerator also share the same mechanism in principle.

Room air conditioners and refrigerators make use of the properties of the refrigerant to create an environment with a temperature that is significantly lower than the ambient temperature. 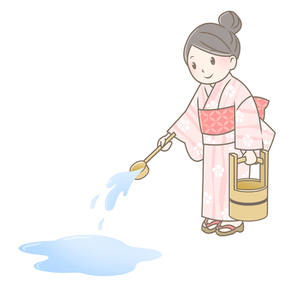 When two objects with different temperatures touch, heat moves from the “hot” object to the “cold” object. At this point, heat is seen to be taken away from the “hot” object to cool it. Conversely, heat is seen to be received by the “cold” object, leading to it being heated or a rise in its temperature. This is known as heat exchange, and the basic principle is that heat always moves from a hot object to a cold one.

The three laws below are related to the heat exchange rate and quantity.

2. Heat transfer is smoother between materials that can transfer heat better

Based on these laws of heat exchange, air conditioners such as room air conditioners often use fin and tube heat exchangers that come into contact efficiently with aluminum fins having a large surface area, forcing air to flow between the gaps in the aluminium fins in close contact with the copper tubes in which a cold refrigerant flows. 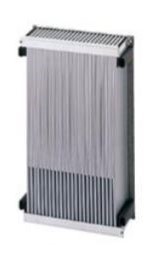 (3) Three states of matter and heat

Compared to the rest, you will find that the latent heat of evaporation and condensation (water to steam and vice versa) is exceptionally large. In other words, when a substance evaporates, a large amount of heat is taken away from the surroundings, and when it condenses, a large amount of heat is released to the surroundings.
Refrigeration cycles used for air conditioning and other applications make good use of this principle to achieve indoor cooling. We’ll talk about how this works in the following sections.