This section describes the role and type of refrigerant used in the refrigeration cycle.

In the mid-1970s, it was pointed out that chlorofluorocarbons (CFC), which are artificially produced substances, could destroy the ozone layer. Many of the fluorocarbons which were once used in air conditioners, refrigerators, sprays, etc., were released into the atmosphere in large quantities. As fluorocarbons possess properties that make it difficult for them to decompose near the ground, they reach the stratosphere due to atmospheric flow. When transported to the stratosphere at an altitude close to 40 km, fluorocarbons are decomposed by strong solar ultraviolet rays to produce chlorine. This chlorine works as a catalyst to break down ozone one by one. Besides fluorocarbons, there are several other substances that destroy the ozone layer, one of which is bromine released by halon and other substances which are used as fire extinguishing agents.

Carbon dioxide is a greenhouse gas that has the largest impact on global warming. Methane is a greenhouse gas that has the second largest impact on global warming after carbon dioxide. Methane is generated when withered plants decompose in wetlands, ponds, and paddy fields. In addition, it is also generated when natural gas is mined.
Although the absolute amount of fluorocarbons is small, the global warming coefficient is very high. The impact exerted by the specific fluorocarbon R-12 is more than 10,000 times that of carbon dioxide, resulting in a huge impact despite the amount being small.
As global warming progresses, glaciers will melt, sea level will rise, and submerged areas will increase, resulting in abnormal weather on a global scale such as El Niño, droughts, heavy rains, heat waves, cyclones and so on. 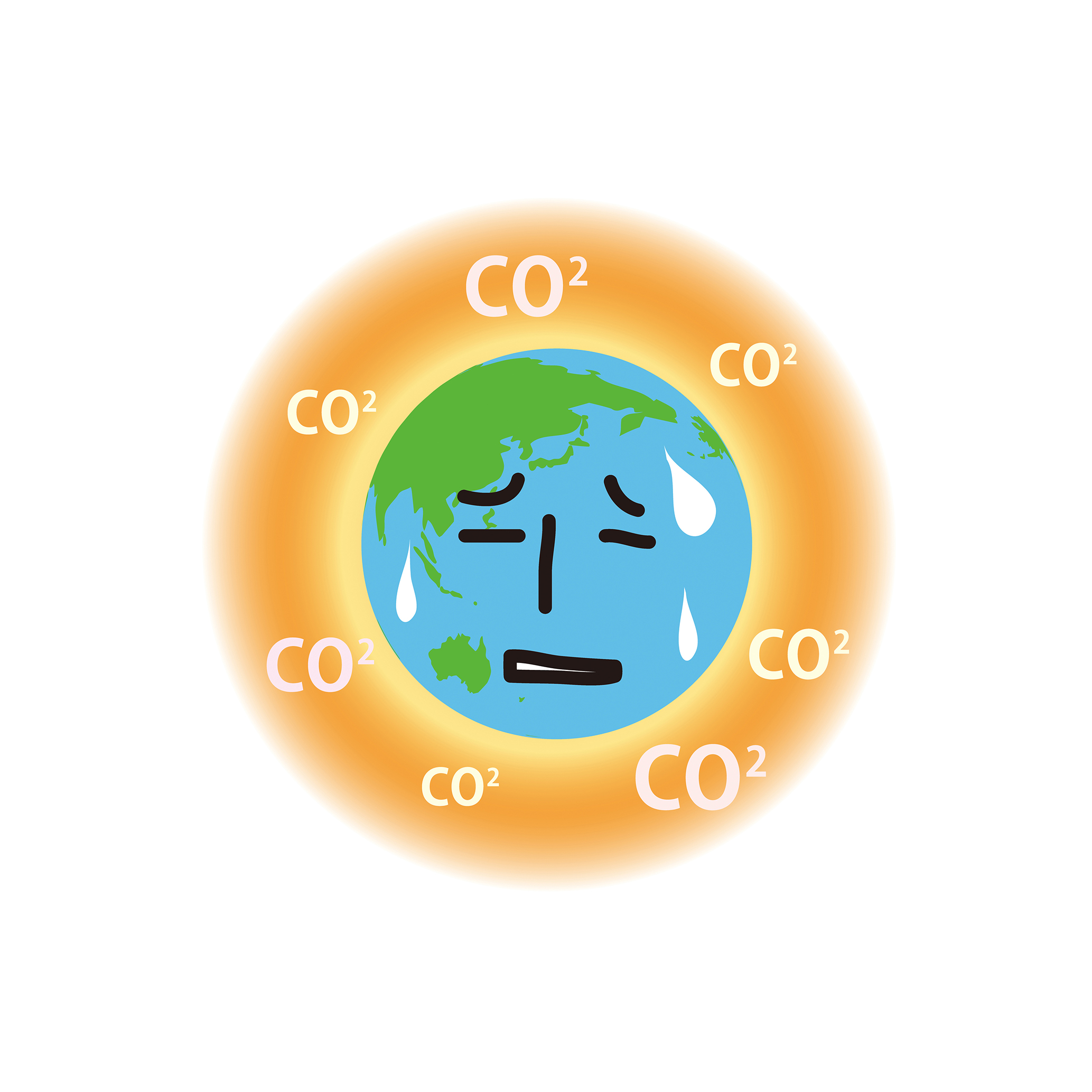